A dive shop in South Florida is one of the first businesses in the state to file suit against its insurer for the denial of a business interruption claim initiated because of the current coronavirus pandemic.

Dr. Moses D. Degraft-Johnson of the Heart and Vascular Institute of Northern Florida in Tallahassee is accused of taking $26 million from health insurance agencies for phony medical procedures. According to federal prosecutors, Dr. Degraft-Johnson allegedly went to hospitals, scheduled patients for unnecessary visits, and billed for the services that never occurred. In some cases, the doctor was traveling when he claims to have done procedures in his office.

Insurance Bills to Watch for the 2020 Legislative Session in Florida

Several key insurance-related bills were introduced in this year’s Legislative Session, including reform for auto glass (windshield), assignment of benefits (AOB) abuse, reforms to the state’s legal system, and changes to the Florida Hurricane Catastrophe Fund.

Here are a few more bills to keep an eye on:

Dr. Rodolfo Gonzalez Garcia was sentenced to eight years in prison for conspiring to dispense oxycodone, a charge to which he had previously pled guilty. Dr. Gonzalez Garcia and his co-defendants, including his wife Arlene Gonzalez, admitted to using a Hialeah medical office to provide prescriptions for the controlled substance, even though he did not conduct meaningful examinations to prescribe oxycodone appropriately. Dr. Gonzalez Garcia referred to himself as “El Chapo of Oxycodone.” 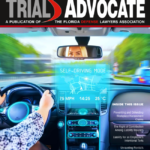 The Insurance and Tort Case Law Update was originally presented by Miguel and John at the 2019 Florida Liability Claims Conference.

According to U.S. Attorney Lawrence Keefe, the former Lynn Haven officials approved false invoices from Erosion Control and Greenleaf for work they performed, including wrapping presents, preparing a site for a Halloween party, and cleaning the private homes of several city officials. The officials approved payments to the companies and then sought reimbursement from FEMA. The 35-count indictment includes charges of wire fraud, conspiracy to commit wire fraud, theft and honest services fraud.

Thousands are still struggling to recover from Hurricane Michael in the Florida Panhandle. The Category 5 storm left 22,000 of Bay County’s residents homeless and few affordable living spaces available. With nearly $7 billion in total insurance losses, about 1 in 6 insurance claims remain unresolved. There is reportedly a mental health crisis and a shortage of healthcare professionals as well.

A Davie lawyer, Stuart Finkelstein, was arrested on Tuesday for collecting nearly $1M by filing over 300 unauthorized lawsuits on behalf of disabled Americans in New York and Florida. Finkelstein allegedly stole the identities of two individuals and filed lawsuits claiming they were unable to access public establishments that they had never tried to go in. Neither of the people had ever hired Finklestein as an attorney to represent them.

Finkelstein made false representations to small businesses, obstructed official judicial proceedings, and then settled the fake lawsuits to collect about $930,000 in attorney fees. Micheline Gaulin, a restaurant owner in Manhattan’s West Village, told the NY Post that she paid over $18,000 in a settlement to Finklestein in which she called “a legal shakedown.”